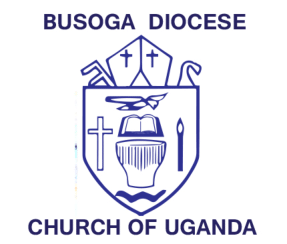 Rev. Joseph Kintu
Married to Elizabeth Kintu, with 4 children.
He holds a Diploma in Secondary Education and Bachelor’s Degree in Divinity of
Uganda Christian University.
He was ordained Deacon on 25 th /08/2013 and Priested in November 2013.

Core mandate of the Department

Our core mandate is to preach the gospel of Christ, reach the unreached and win souls for Christ.

Mission at Buwanume organized and carried out in 2018 tops our top stories of success in the last three years. Before taking the mission to this historical village, it was spiritually, socially and economically dead. The life style and economic status of the natives was evidence that the village was under a divine curse. The curse is believed to have emanated from their violent act of murdering a Lay-reader (Church pastor) in church over land issues. They also attempted to beat Rev. Canon David Kaluya, the then Lands and Estates Office over the same. On that background, it is believed that God’s wrath came upon the whole village.

The village practiced first class witchcraft and alcoholism as the order of the day. There was no successful business on the village as a result of the above. No one would construct and complete a house. Those attempted to construct would die before completeing the house.

It was at that point that Mr. Paul Wanume made a turning point and he looked for missioners from the Diocese to take the gospel of Jesus Christ to the village and to pray for the people. The mission department organized an outreach gospel mission to Buwanume for a whole week.

During the mission week, the Balangira of Buwanume convened a meeting. During the meeting, the chief Mulangira, Mr Paul Wanume confessed Jesus as his Lord and Saviour. His subjects had no choice but to follow suit and confess Jesus.

The mission was crowned by Bishop of Busoga Diocese as the chief missioner. He preached on an open air crusade and prayed for the village.

Results from the mission.